The whole car is unveiled April 19

While we'll need to wait a bit longer to see specs and exterior photos of the upcoming 2023 Mercedes-Benz EQS SUV, we can at least share with you photos of the new electric midsize SUV's interior.

As you can see from the lead photo up there, the EQS SUV interior design is identical to the Mercedes-Benz EQS sedan from the front seats forward. That means you get access to the optional Hyperscreen, aka a trio of screens covered in a 56-inch-wide curved display case. In certain countries, the passenger screen can watch video content, including live streaming. Mercedes notes that the car monitors the driver's eyes and will automatically dim the passenger screen should those eyes start veering over to the far right. Sorry, you'll just have to finish "Inventing Anna" separately.

The SUV will be available with seven color combinations (the sedan offers nine) and an exclusive wood trim choice featuring a combination of magnolia wood and stainless steel whereby little Mercedes stars are laser etched out of the wood to reveal the stainless steel backing below. There's also a Dolby Atmos sound system available whereas the sedan gets a Burmester system (though it's possible that could change for 2023). 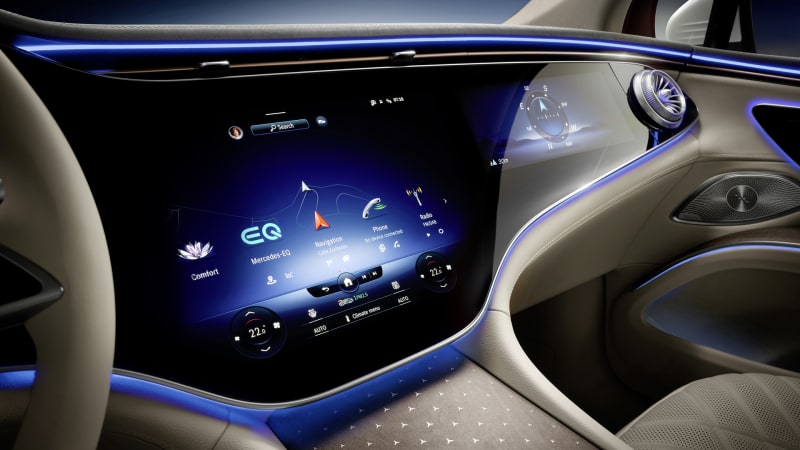 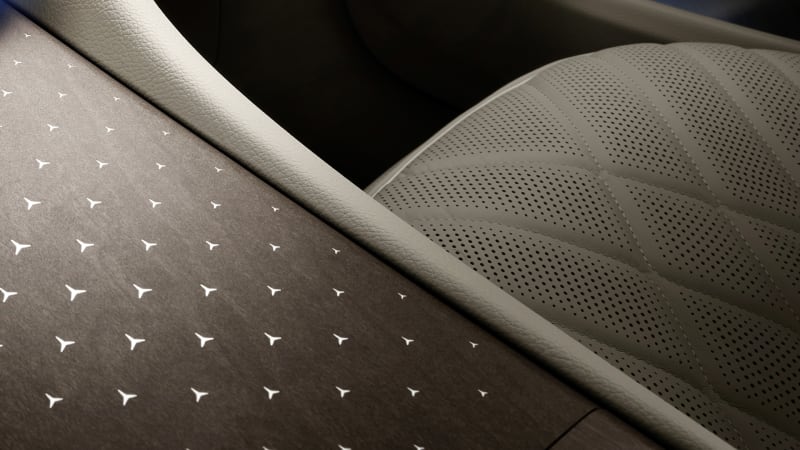 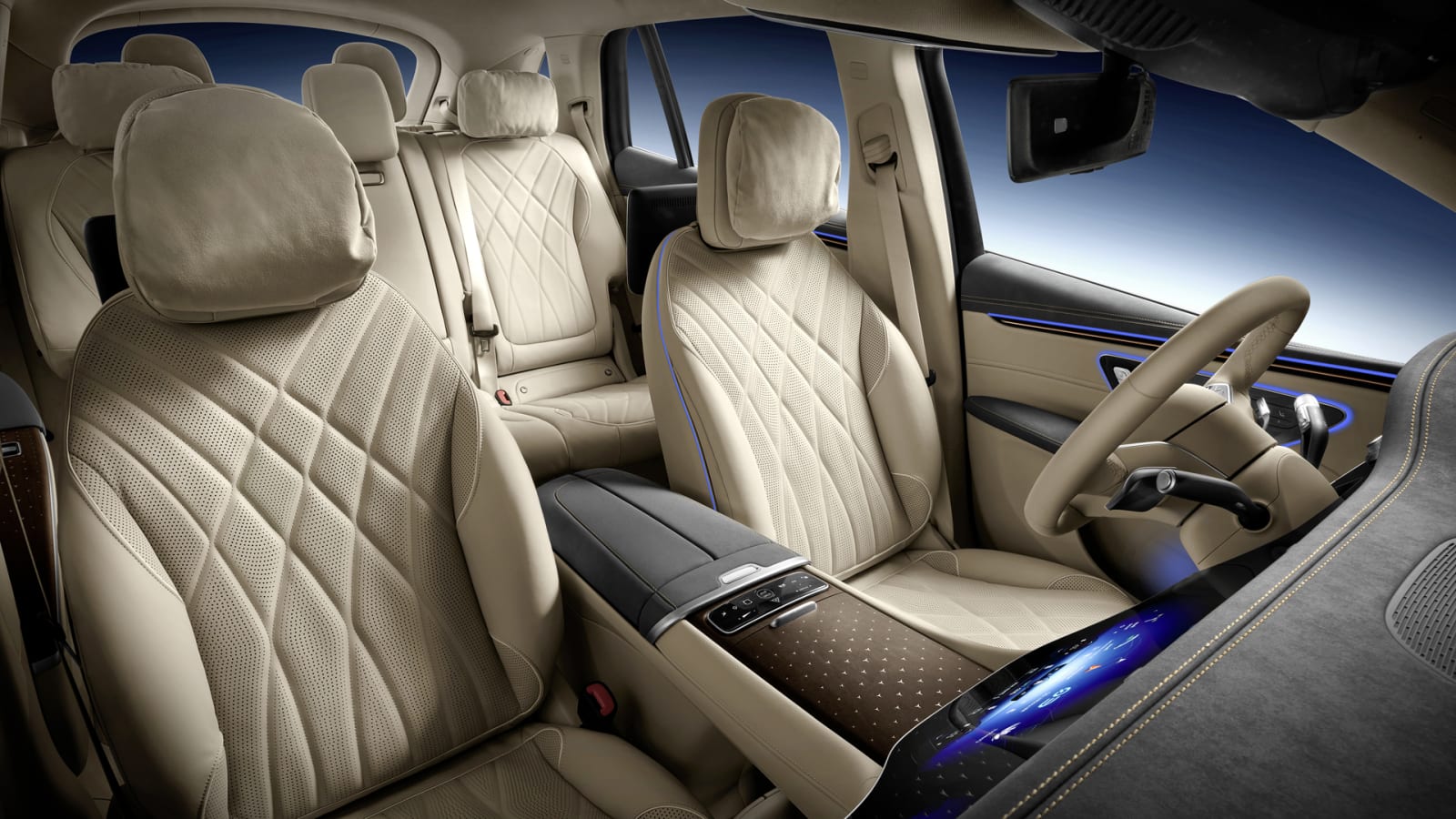 Of course, the big difference between EQS sedan and SUV is what's going on behind the driver seat. Five seats are standard (a drop-down armrest includes a seat-controlling touchscreen) with an optional two-person third row kicking that capacity up to seven. Mercedes says the third row's height makes it more comfortable than the GLE's, but that's not really saying much. Don't get your hopes up for the way-back. Mercedes says someone can fit up to four golf bags "depending on whether it is the the five- or seven-seat version," which also doesn't seem like much for a midsize SUV. Maybe not the best example? The company does note the EQS SUV accommodates "the multi-faceted lifestyles of families, hobbyists and adventurers alike." Finally! All you hobbyists out there can rejoice, for your car has arrived.

OK, so it hasn't arrived yet, and the way things are going, who knows when you might actually get your hands on an EQS SUV. At the very least, the sheet will come off the exterior April 19. It will also be built in Alabama along with its battery pack.